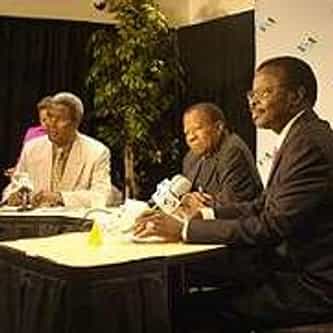 Mahamane Ousmane (born January 20, 1950) is a Nigerien politician. He was the first democratically elected and fourth President of Niger, serving from 16 April 1993 until his ousting in a military coup d'état on 27 January 1996. He has continued to run for president in each election since his ousting, and he was president of the National Assembly from December 1999 to May 2009. He is the president of the Democratic and Social Convention-Rahama (CDS), a major political party that is ... more on Wikipedia