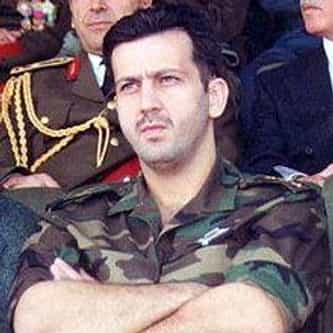 Maher al-Assad (Arabic: ماهر الأسد‎, born 8 December 1967) is a Syrian general and commander of the Republican Guard and the army's elite Fourth Armored Division, which together with Syria's secret police form the core of the country's security forces. He is also a member of the Central Committee of the Ba'ath Party's Syrian Regional Branch. He is thought by some to be the second most powerful man in Syria after his brother Bashar, the current President. ... more on Wikipedia

Maher al-Assad IS LISTED ON