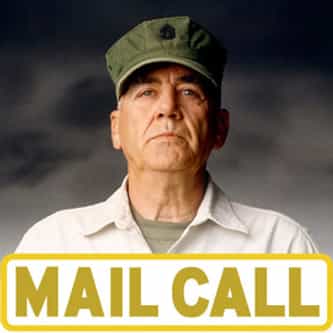 Mail Call was a television program that appeared on the History Channel and hosted by R. Lee Ermey, a retired United States Marine Corps Staff Sergeant,. The show debuted on August 4, 2002 as part of the 'Fighting Fridays' lineup. Most episodes were 30 minutes, but from 2007 through the show's end in 2009 some episodes were 60 minutes. During each episode, Ermey read and answered questions submitted by viewers regarding weapons and equipment used by all branches of the U.S. military now or ... more on Wikipedia

Mail Call IS LISTED ON