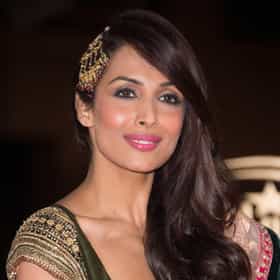 Malaika Arora Khan is ranked on...

#27 of 90 The Most Beautiful Indian Actresses of All Time 149.1k VOTES These photos of Bollywood actresses are some of the most attractive women in the world. Here is a full list of gor...
#19 of 241 The Most Stunning Indian Models 122.1k VOTES Here is a list of the most beautiful models from India, as voted on by the Ranker community. These Indian models have been f...
Famous People Whose Last Name Is Khan 14.7k VIEWS Being a fairly common name, it's no surprise there are a lot of famous people with the last name Khan. Do you recognize all ...