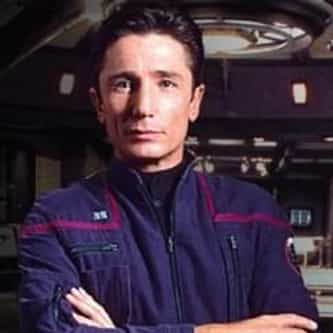 Malcolm Reed, portrayed by Dominic Keating, is a fictional character on the television series Star Trek: Enterprise. Reed, born 2117, is English, and is, at different times, the tactical officer and armory officer aboard the starship Enterprise. He holds the rank of Lieutenant. However, in the episode "Twilight", the alternate timeline Reed holds the rank of Captain—he is in the process of taking over the Earth Starfleet vessel Intrepid. ... more on Wikipedia

Malcolm Reed IS LISTED ON

#128 of 472
264k VOTES The Most Interesting Star Trek Characters People in the Northeast are 2x more likely to vote for this
All Star Trek: Enterprise Characters