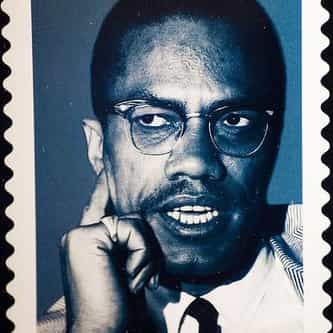 Malcolm X (May 19, 1925 – February 21, 1965) was an American Muslim minister and human rights activist who was a popular figure during the civil rights movement. He is best known for his controversial advocacy for the rights of blacks; some consider him a man who indicted white America in the harshest terms for its crimes against black Americans, while others accused him of preaching racism and violence. Born Malcolm Little in Omaha, Nebraska, he relocated to New York City's Harlem ... more on Wikipedia

Malcolm X IS LISTED ON