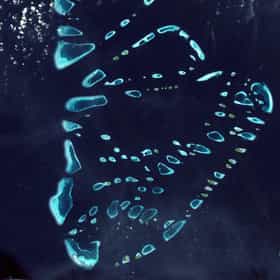 Maldives, officially the Republic of Maldives, is an island nation in the Indian Ocean–Arabian Sea area, consisting of a double chain of twenty-six atolls, oriented north-south, that lie between Minicoy Island and the Chagos Archipelago. The chains stand in the Laccadive Sea, and the capital, Malé, is about 600 kilometres south-west of India and 750 kilometres south-west of Sri Lanka. From the mid-sixteenth century, the Maldives was dominated by colonial powers: Portugal, the Netherlands and Britain. The islands gained independence from the British Empire in 1965, and in 1968 became a republic ruled by a president and an authoritarian government. The archipelago is located atop ... more on Wikipedia

Maldives is ranked on...

Maldives is also found on...