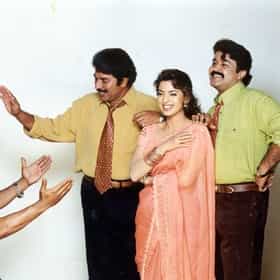 Muhammad Kutty Paniparambil Ismail (born 7 September 1951), better known by his stage name Mammootty is an Indian film actor and producer who works in Malayalam cinema. In a career spanning four decades, he has appeared in over 400 films, predominantly in Malayalam language and also in Tamil, Telugu, Kannada, Hindi and English.Mammootty initially used the name Sajin in his early films. After establishing himself as a lead actor in the 1980s, his major breakthrough came with the commercial success of the 1987 film New Delhi. He has won three National Film Awards for Best Actor, seven Kerala State Film Awards and thirteen Filmfare Awards South. In 1998, the Government of India awarded ... more on Wikipedia

Mammootty is ranked on...

Mammootty is also found on...