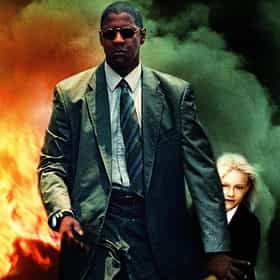 Man on Fire is a 2004 American thriller film and the second adaptation of A. J. Quinnell's 1980 novel of the same name; the first film based on the novel was released in 1987. The 2004 film adaptation was directed by Tony Scott, from a screenplay written by Brian Helgeland. Man on Fire stars Denzel Washington as John Creasy, a despondent, alcoholic former CIA operative/U.S. Marine Corps Force Reconnaissance officer turned bodyguard, who goes on a revenge rampage after his charge, nine-year-old Pita Ramos, is taken in Mexico City. ... more on Wikipedia

Man on Fire is ranked on...

Man on Fire is also found on...