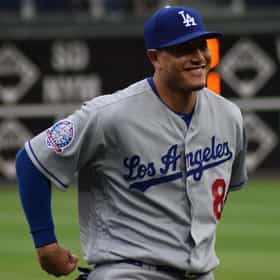 Manuel Arturo Machado (born July 6, 1992) is a Dominican-American professional baseball third baseman and shortstop for the San Diego Padres of Major League Baseball (MLB). Very highly recruited from an early age, he was raised in Miami, where he attended Brito High School and was drafted by the Baltimore Orioles with the third overall pick in the 2010 Major League Baseball draft. He bats and throws right-handed. Machado made his MLB debut in August 2012. In 2013, Machado earned a spot on the American League (AL) All-Star team on his way to leading the league in doubles with 51. He was also recognized as one of the best fielders in the game, winning a Gold Glove Award. Machado won his ... more on Wikipedia

Manny Machado is ranked on...

Manny Machado is also found on...