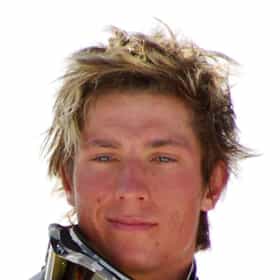 Marcel Hirscher (born 2 March 1989) is an Austrian World Cup alpine ski racer. Hirscher made his World Cup debut in March 2007. He competes primarily in slalom and giant slalom, as well as combined and occasionally in super G. Winner of a record eight consecutive World Cup titles, Hirscher has also won 11 medals at the Alpine Skiing World Championships, seven of them gold, a silver medal in slalom at the 2014 Winter Olympics, and two gold medals in the combined and giant slalom at the 2018 Winter Olympics. Due to his record number of overall titles, many years of extreme dominance of both slalom and giant slalom and of the men's overall ranking, he is considered by many, including his ... more on Wikipedia

Marcel Hirscher is ranked on...

#130 of 2,198 The Best Athletes Of All Time 34.1M VOTES The greatest athletes of all time: a list of the most dominant, iconic, famous players in the history of spor...
#2 of 73 The Greatest Alpine Skiers of All Time 13k VOTES A list of the greatest alpine skiers of all time, ranked by standings and the amount of medals received. Alpine skiing is a ...
#23 of 70 Who Is The Most Famous Athlete In The World Right Now? 26.9k VOTES When it comes to the most famous athletes in the world right now, a select few names easily top the list. Not only that...
Famous People Named Marcel 2.5k VIEWS Ever wondered how many famous people named Marcel there are? This list of celebrities named Marcel includes photos and infor...

Marcel Hirscher is also found on...