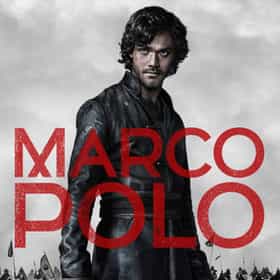 Marco Polo is an American drama series about Marco Polo's early years in the court of Kublai Khan, the Khagan of the Mongolian Empire and the founder of the Yuan dynasty, which lasted from 1271-1368. The show premiered on Netflix on December 12, 2014. The series was written and created by John Fusco and stars Lorenzo Richelmy in the title role. The series is produced by The Weinstein Company. On January 7, 2015, Marco Polo was renewed by Netflix for a 10-episode second season. ... more on Wikipedia

Marco Polo is ranked on...