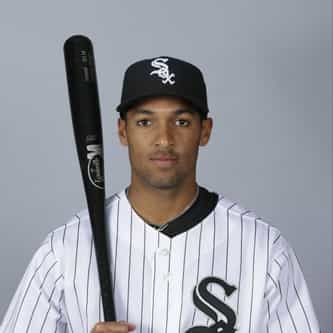 Marcus Andrew Semien (born September 17, 1990) is an American professional baseball shortstop for the Oakland Athletics of Major League Baseball. He previously played in the MLB for the Chicago White Sox. After the 2014 season, the White Sox traded Semien, Chris Bassitt, Rangel Ravelo, and Josh Phegley to the Oakland Athletics in exchange for Jeff Samardzija and Michael Ynoa. He began the 2015 season as the A's starting shortstop. Semien struggled defensively throughout the season, ... more on Wikipedia

Marcus Semien IS LISTED ON