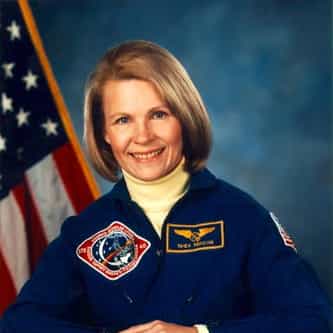 Margaret Rhea Seddon (born November 8, 1947) is a physician and retired NASA astronaut. After being selected as part of the first group of astronauts to include women, she flew on three Space Shuttle flights: as mission specialist for STS-51-D and STS-40, and as payload commander for STS-58. Both before and after her career in the astronaut program, she has been active in the medical community in Tennessee, Mississippi and Texas. ... more on Wikipedia

Margaret Rhea Seddon IS LISTED ON