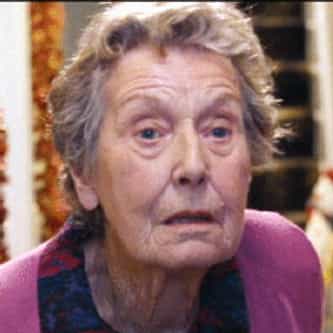 Margery Mason (27 September 1913 – 26 January 2014) was an English actress and director.She was the artistic director of the Repertory Theatre in Bangor, County Down, Northern Ireland in the 1960s.She played Sarah Stevens, the mother in John Hopkins' four-play cycle Talking to a Stranger (1966). A family drama with four characters, the viewpoint of Sarah Stevens was depicted in the fourth play, The Innocent Must Suffer. Her film roles included Charlie Bubbles (1967), Clegg (1970), The ... more on Wikipedia

Margery Mason IS LISTED ON