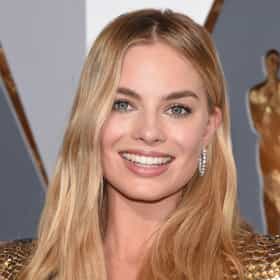 Margot Elise Robbie (born 2 July 1990) is an Australian actress and film producer. She has received nominations for an Academy Award and three BAFTA Awards. In 2017, Time magazine named her one of the 100 most influential people in the world, and in 2019, she was ranked among the world's highest-paid actresses. Born and raised on a farm in Dalby, Queensland, Robbie studied drama at Somerset College. She began her career in Australian independent films in the late 2000s, before working in the soap opera Neighbours (2008–2011), which earned her two Logie Award nominations. After moving to the United States, she starred in the short-lived ABC drama series Pan Am (2011–2012). In 2013, she ... more on Wikipedia

Margot Robbie is ranked on...

Margot Robbie is also found on...