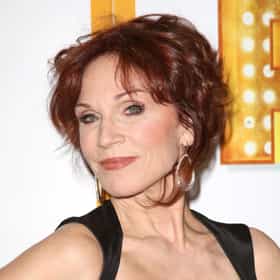 Mary Lucy Denise Henner (born April 6, 1952) is an American actress, producer, radio host, and author. She began her career appearing in the original production of the musical Grease in 1971, before making her screen debut in the 1977 comedy-drama film Between the Lines. In 1977, Henner was cast in her breakthrough role as Elaine O'Connor Nardo in the ABC/NBC sitcom Taxi, a role she played until 1983 and received five Golden Globe Award nominations. She later has had co-starring roles in films such as Hammett (1982), The Man Who Loved Women (1983), Cannonball Run II (1984), Johnny Dangerously (1984), Rustlers' Rhapsody (1985), L.A. Story (1991), and Noises Off (1992). She returned to ... more on Wikipedia

Marilu Henner is ranked on...

#965 of 1,041 Celebrity Death Pool 2020 78k VOTES They may be beloved performers, award winners, or game changers, but no matter how famous, you can’t escape death. This cele...
#406 of 3,139 The Most Beautiful Celebrities Of Our Time 6.3M VOTES This list of hot celebrities is ranked by pop culture junkies worldwide, making it the best place to find the most attractiv...
#148 of 297 People who voted for Marilu Henner... Men are 3x more likely to vote for this also upvote Star Trek Franchise on The Greatest Sci-Fi Movies of All Time The Funniest Female Comedians of All Time 256.5k VOTES The funniest female comedians star on our favorite sitcoms, perform standup at the top comedy clubs and best of all, make us...
#51 of 52 The Greatest Female Broadway Stars 25.5k VOTES These leading ladies have made audiences laugh, cry and wish that the show would never end. Some have had long-running car...
#66 of 99 People who voted for Marilu Henner... are 9x more likely to vote for Rodney Dangerfield on this list are 5x more likely to vote for Sacha Baron Cohen on this list The Best Ever Howard Stern Interviews 37k VOTES The best ever Howard Stern interviews include several riveting segments featuring famous people revealing deep, dark secrets...
#10 of 119 The Best Celebrity Partners to Have on a Game Show 91k VOTES Choosing the right partner in life is important. Choosing the right celebrity partner to have on a game show is way, way, ...
Hallmark Channel Actors and Actresses 149.6k VIEWS The Hallmark Channel may have a primary group of talent they work with but they also employ a wide range of actors you will ...
#35 of 100 The Most Beautiful Women Of The '70s 1k VOTES This list of 1970s actresses, models, singers, and stars ruled the airwaves in the '70s, and many became pop ...
51 Celebrities Who Were In National Honor Society 53.8k VIEWS This list contains information about celebrities who were in the National Honor Society, loosely ranked by fame and populari...

Marilu Henner is also found on...