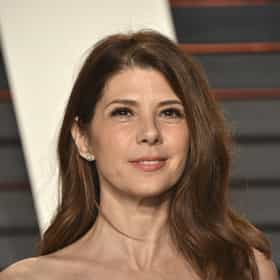 Marisa Tomei (, Italian: [toˈmɛi]; born December 4, 1964) is an American actress. She is the recipient of various accolades including an Academy Award and nominations for a BAFTA Award, two Golden Globe Awards, and three Screen Actors Guild Awards. Following her work on the television series As the World Turns, she came to prominence as a cast member on The Cosby Show spin-off A Different World in 1987. After having minor roles in a few films, she came to international attention in 1992 with the comedy My Cousin Vinny, for which she received an Academy Award for Best Supporting Actress. She received two additional Academy Award nominations for In the Bedroom (2001) and The Wrestler ... more on Wikipedia

Marisa Tomei is ranked on...

Marisa Tomei is also found on...