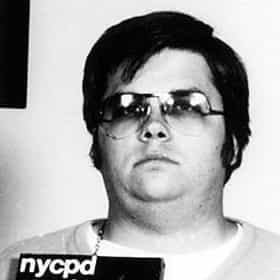 Mark David Chapman (born May 10, 1955) is an American criminal who murdered English musician John Lennon, formerly of the Beatles, on December 8, 1980 outside Lennon's residence at the Dakota apartment building in Manhattan. Chapman fired five shots at Lennon with a Charter Arms .38 special revolver, hitting him four times in the back. For the next few minutes, Chapman remained at the scene reading J. D. Salinger's novel The Catcher in the Rye until he was arrested by police. He planned to cite the novel as his manifesto. Raised in Decatur, Georgia, Chapman had been a fan of the Beatles, but was incensed by Lennon's lifestyle and public statements, such as his remark about the Beatles ... more on Wikipedia

Mark David Chapman is ranked on...

#193 of 1,452 Celebrity Death Pool 2018 477.7k VOTES Welcome to Celebrity Death Pool 2018! In increasingly uncertain times, there remains one constant in life - we all die. Cele...
Famous People Named Mark 48.2k VIEWS List of famous people named Mark, along with photos. How many celebrities named Mark can you think of? The famous Marks belo...
Famous People Whose Last Name Is Chapman 3.2k VIEWS Being a fairly common name, it's no surprise there are a lot of famous people with the last name Chapman. Do you recognize a...

Famous People From Fort Worth