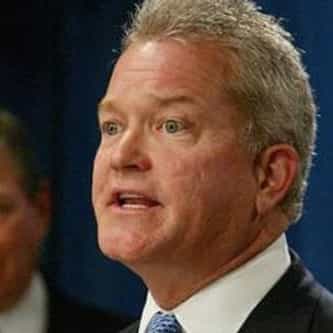 Mark Adam Foley (born September 8, 1954) is a former member of the United States House of Representatives. He served from 1995 until 2006, representing the 16th District of Florida as a member of the Republican Party, before resigning due to revelations that he had sent sexually explicit messages to teenaged boys who had served as congressional pages. Foley resigned from Congress on September 29, 2006 acting on a request by the Republican leadership after allegations surfaced that he had ... more on Wikipedia

Mark Foley IS LISTED ON

#79 of 101
839 VOTES Who Is The Most Famous Mark In The World?
4.3M VIEWS Anti-Gay Activists Who Were, In Fact, Gay
548.7k VIEWS 15 Celebrities Who Were Outed
173.6k VIEWS Openly Gay US Politicians
16.1k VIEWS 9 Celebrities Who Went to Sierra Tucson Rehab
5.5k VIEWS What Disgraced Politicians Did After Their Falls From Grace
Famous Gay Men: List of Gay Men Throughout History Famous People From Massachusetts Republican Sex Scandals List of Famous Massachusetts Politicians