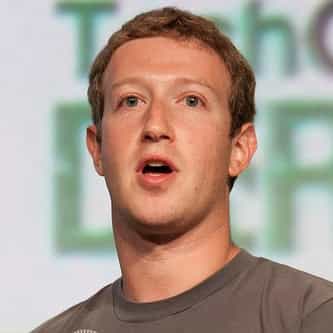 Mark Elliot Zuckerberg (; born May 14, 1984) is an American technology entrepreneur and philanthropist. Zuckerberg is known for co-founding and leading Facebook as its chairman and chief executive officer. He also co-founded and is a board member of the solar sail spacecraft development project Breakthrough Starshot.Born in White Plains, New York, Zuckerberg attended Harvard University, where he launched Facebook from his dormitory room on February 4, 2004, with college roommates Eduardo ... more on Wikipedia

Mark Zuckerberg IS LISTED ON