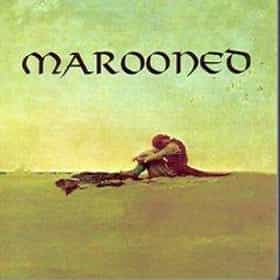 Marooned is a 1969 Eastmancolor American film directed by John Sturges and starring Gregory Peck, Richard Crenna, David Janssen, James Franciscus, and Gene Hackman. It was based on the 1964 novel Marooned by Martin Caidin. While the original novel was based on the single-pilot Mercury program, the film depicted an Apollo Command/Service Module with three astronauts and a space station resembling Skylab. Caidin acted as technical adviser and updated the novel, incorporating appropriate material from the original version. The film was released less than four months after the Apollo 11 moon landing and was tied to the public fascination with the event. It won an Academy Award for Visual ... more on Wikipedia

Marooned is ranked on...

Marooned is also found on...