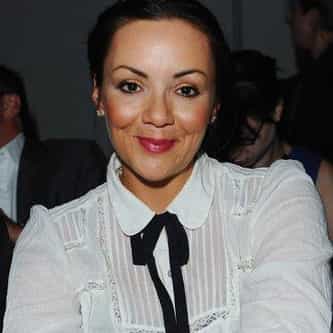 Martine Kimberley Sherrie McCutcheon (born 14 May 1976) is an English singer, television personality and actress. McCutcheon's first television role was the role of Mandy in the television show Bluebirds in 1989. She also had minor success as one third of the pop group Milan in the early 1990s, but it was her role as Tiffany Mitchell in the BBC's EastEnders that she is best known for, as well as her role in the 2003 romantic comedy Love Actually. For the former she won the 1997 National ... more on Wikipedia

Martine McCutcheon IS LISTED ON