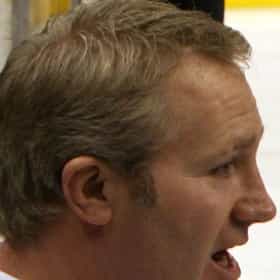 Martin James McSorley (born May 18, 1963) is a Canadian former professional hockey player, who played in the National Hockey League (NHL) from 1983 until 2000. A versatile player, he was able to play both the forward and defense positions. A former head coach of the Springfield Falcons of the American Hockey League (2002–04), aside from his hockey career, McSorley has worked as an actor, appearing in several film and television roles. McSorley was a valued teammate of Wayne Gretzky during their years playing together for the Edmonton Oilers and Los Angeles Kings, where he served as an enforcer. In 2000, his on-ice assault of Donald Brashear with his stick, in which Brashear suffered a ... more on Wikipedia

Marty McSorley is ranked on...

Marty McSorley is also found on...