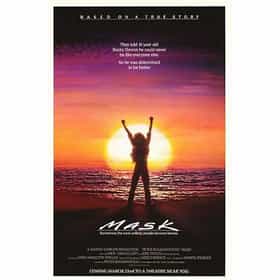 Mask is a 1985 American drama film directed by Peter Bogdanovich, starring Cher, Sam Elliott, and Eric Stoltz. Dennis Burkley and Laura Dern are featured in supporting roles. Cher received the 1985 Cannes Film Festival award for Best Actress. The film is based on the life of Roy L. "Rocky" Dennis, a boy who suffered from craniodiaphyseal dysplasia, an extremely rare disorder known commonly as lionitis due to the disfiguring cranial enlargements that it causes. ... more on Wikipedia

Mask is ranked on...

Mask is also found on...