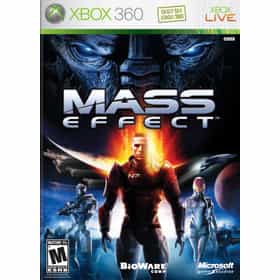 Mass Effect is a 2007 science fiction action role-playing third person shooter video game developed by BioWare for the Xbox 360 and ported to Microsoft Windows by Demiurge Studios. The Xbox 360 version was released worldwide in November 2007, published by Microsoft Game Studios. The Microsoft Windows version was released on May 28, 2008, published by Electronic Arts. A PlayStation 3 version from Edge of Reality was released through the Mass Effect trilogy and digitally as a standalone title on PlayStation Network in December 2012. The game takes place in the year 2183, with the player assuming direct control of an elite human soldier named Commander Shepard and setting out to explore ... more on Wikipedia

Mass Effect is ranked on...

Mass Effect is also found on...