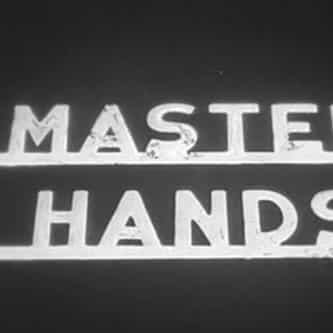 Master Hands is a 1936 sponsored documentary film short which shows what work is like in a Chevrolet automobile factory. Credits include original music by Samuel Benavie, cinematography by Gordon Avil, and film editing by Vincent Herman.It was produced by the Jam Handy Organization, a pioneer in industrial film production. In 1999, Master Hands was selected for preservation in the United States National Film Registry by the Library of Congress as being "culturally, historically, or ... more on Wikipedia

Master Hands IS LISTED ON