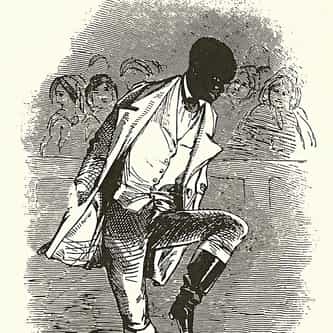 Master Juba (ca. 1825 – ca. 1852 or 1853) was an African-American dancer active in the 1840s. He was one of the first black performers in the United States to play onstage for white audiences and the only one of the era to tour with a white minstrel group. His real name was believed to be William Henry Lane, and he was also known as "Boz's Juba" following Dickens's graphic description of him in American Notes.As a teenager, he began his career in the rough saloons and dance halls ... more on Wikipedia

Master Juba IS LISTED ON