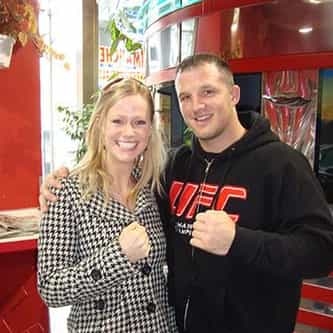 Matthew Stanley Hamill (born October 5, 1976) is an American mixed martial artist and wrestler who has competed in the Light Heavyweight division of the UFC. He is a three-time NCAA Division III National Champion in wrestling (167 lb class in 1997, 190 lb class in 1998 and 197 lb class in 1999) while attending the Rochester Institute of Technology (RIT) in Rochester, New York. Additionally, Hamill has a silver medal in Greco-Roman Wrestling and a gold medal in Freestyle Wrestling from the ... more on Wikipedia

Matt Hamill IS LISTED ON