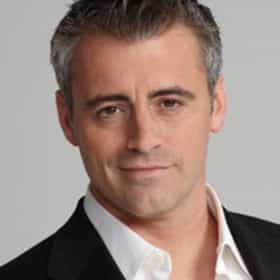 Matthew Steven LeBlanc (; born July 25, 1967) is an American actor and comedian. He received international recognition for his portrayal of dim-witted, yet well-intentioned womaniser Joey Tribbiani on Friends, which ran from 1994 to 2004. For his work on Friends, LeBlanc received three Emmy Award nominations. He has also starred as a fictionalized version of himself in Episodes (2011–2017), for which he won a Golden Globe Award and received four additional Emmy Award nominations. He co-hosted Top Gear from 2016 to 2019. As of 2019, he plays Adam Burns in Man with a Plan. ... more on Wikipedia

Matt LeBlanc Loves and Hookups 15.2k views Who is Matt LeBlanc dating? Many famous women have dated Friends star Matt LeBlanc, and this list will give you more details...

Matt LeBlanc is ranked on...

#591 of 2,001 The Greatest Actors & Actresses in Entertainment History 1.7M VOTES The best actors and actresses of all time, male and female, ranked by film fans worldwide. This list of greatest actors and ...
#153 of 461 The Hottest Male Celebrities 3.4M VOTES You love your boyfriend (husband? Lucky you!), but then there are these hot celebrity men. You see them and then you maybe f...
#89 of 505 The Best TV Actors of All Time 106k VOTES The greatest TV actors of all time. Some of these actors have been in movies, some of them are even more well known at this ...
#197 of 527 Famous Men You'd Want to Have a Beer With 1.8M VOTES If given the opportunity to sit down for a beer with any famous male figure, which famous men would you most want to get a d...
#91 of 514 Celebrities Nobody Cares About Anymore 3.4M VOTES Some of the greatest actors of all time have, in recent days, turned into a bunch of washed-up hacks that would be somehow b...
#544 of 770 American Public Figures Who Are National Treasures 224.1k VOTES America's national treasures work in different fields, are of different generations, and all have different stories to ...
#23 of 46 Celebrities Who Had Weird Jobs Before They Were Famous 5.7k VOTES Before they were famous, some of the biggest celebrities in the world were working odd jobs to make ends meet, just hustling...
#21 of 82 The Greatest Actors Who Have Never Won an Emmy (For Acting) 29.3k VOTES What do Steve Carrell, Jerry Seinfeld, and Ed O'Neill have in common? No, it's not fame, fortune, or prestige. (Although t...
#12 of 40 People You Can't Believe Got Onstage for the 1989 Tour 4.7k VOTES Taylor Swift's 1989 show has been a tour for the record books. Not only is she selling out massive arenas every night, she’s...
#36 of 48 Biggest Snubs of the 2016 Golden Globe Nominations 8.1k VOTES The most shocking 2016 Golden Globe nomination snubs are those talented actors, actresses, and filmmakers that, for one reas...
#4 of 7 How the Cast of Friends Aged from the First to Last Season 12.1k VOTES We watched the cast of Friends cry, laugh, drink a ton of coffee, and go through a lot (both on and off ...
43 Amazing Commercials With Celebs Before They Got Famous 111.6k VIEWS Nothing is better than old commercials with celebrities. When you’re a young actor, you’ve got to take any gig you can - stu...
Famous Leo Male Celebrities 16.5k VIEWS With big hearts that drive them to be loved and admired and a sense of energetic optimism, Leos seem to be made for the spot...
#8 of 101 Who Is The Most Famous Matthew In The World? 888 VOTES How many celebrities named Matt can you think of? The famous Matthews below have many different professions, as this list in...
Actors Who Played Themselves in Film and Television 42k VIEWS Every once in a while, an actor’s career will lead them to look deep inside themselves in order to bring something unique to...
The Cast of Friends: Where Are They Now? 91.2k VIEWS For ten years, they were there for you (when the rain started to pour). But where has the cast of Friends been since th...
Celebrities Turning 50 in 2017 78.2k VIEWS The big 50 might be a huge turning point for people, but when a celebrity turns 50, it's just another year passing by. These...
53 Celebrities Who Own Horses 450k VIEWS Several famous actors, musicians, and athletes own horses. Some celebrities own large ranches where they are free to ride, w...
Great Actors Who've Been Nominated For Ludicrous Amounts Of Emmys And Never Won 7.2k VIEWS The second Golden Age of Television has created such a glut of talent on television, many of the medium's best talents are t...
All The Famous Men Brandi Glanville Has Dated, From Ben Stiller To Gerard Butler 78 VIEWS Who has Brandi Glanville dated? The Real Housewives of Beverly Hills star has dated many men over the course of her car...
Huge Stars You Didn't Know Were on British TV Shows 40.6k VIEWS There are so many incredibly talented (and hot) actors in England, it's no wonder they're all over American TV and movies. A...

Matt LeBlanc is also found on...