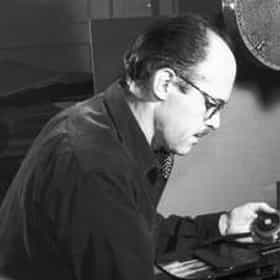 Joseph Albert Maurice Blackburn was a Canadian composer, conductor, sound editor for film, builder of string instruments, and musical adviser. A graduate of the Université Laval and the New England Conservatory, he won the George Allan Prize in 1940. From 1942-1978 he worked as a film composer for the National Film Board of Canada, where he was a frequent collaborator of Norman McLaren. Together they developed techniques for etching sound and image directly on film. Blackburn composed the music for McLaren's animation film Blinkity Blank which won 12 prizes, including the Short Film Palme d'Or at the Cannes Film Festival. In 1983 he was awarded the Albert-Tessier Prize by the ... more on Wikipedia

Maurice Blackburn is also found on...