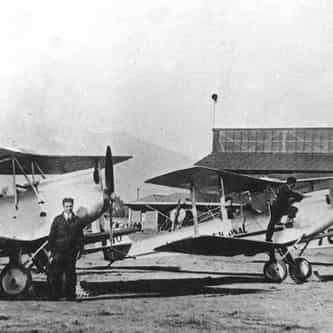 Maurice Wilson MC (21 April 1898 – c. 31 May, 1934) was a British soldier, mystic, mountaineer and aviator who is known for his ill-fated attempt to climb Mount Everest alone in 1934. Often characterised as "eccentric", he wished to climb Everest as a platform to promote his belief that the world's ills could be solved by a combination of fasting and faith in God. Despite his lack of mountaineering or flying experience, he succeeded in flying from Britain to India, ... more on Wikipedia

Maurice Wilson IS LISTED ON