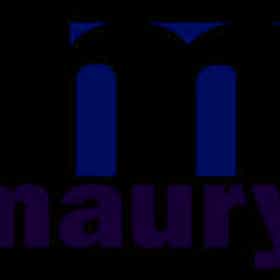 Maury is a syndicated American tabloid talk show hosted by Maury Povich. When the series first aired in 1991, the show was called The Maury Povich Show and was produced by MoPo Productions in association with Paramount Domestic Television. The show adopted the title Maury in the 1995–1996 season. The show was then revamped in the 1998–1999 season, when Studios USA took over production. However, MoPo continues to co-produce with NBCUniversal. For the series' first 18 seasons, it was taped in New York City, but beginning with Season 19, the show has been taped in the Stamford Media Center in Stamford, Connecticut. Maury is one of four NBC Universal syndicated properties to make the move ... more on Wikipedia

Maury is ranked on...

#21 of 33 The Best Current Daytime TV Shows 3.6k VOTES As soap operas become less and less fashionable, those home for long afternoons may wonder what to watch on daytime TV now. ...
#6 of 30 The Best Talk Shows of the '90s 1.5k VOTES The best 90s talk shows came in all shapes and sizes and played in vastly different arenas of subject matter. Here they are,...
#436 of 502 The Best Television Syndication TV Shows 4.5k VOTES List of popular Television syndication shows, ranked from best to worst. This list of the top current and cancelled Televisi...
#13 of 26 The Best Daytime Talk Shows 2.3k VOTES When you have the day off work or school, there is nothing better than walking around the house in your pajamas while watchi...