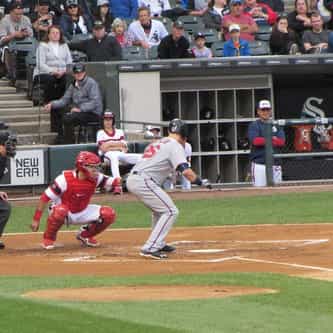 Maximilian Kepler-Różycki (born February 10, 1993) is a German professional baseball outfielder for the Minnesota Twins of Major League Baseball (MLB). He made his MLB debut in 2015. Before signing with the Twins, he played for Buchbinder Legionäre Regensburg of Bundesliga. He is left-handed. He holds the record for home runs hit in a career by a German-born player. Kepler was born in Berlin, Germany. His parents, Kathy Kepler and Marek Różycki, were both professional ... more on Wikipedia

Max Kepler IS LISTED ON