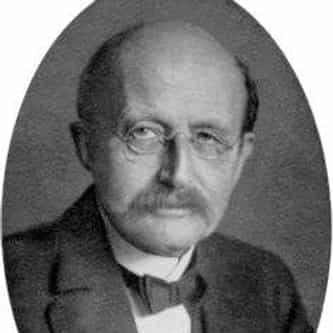 Max Karl Ernst Ludwig Planck, ForMemRS (German: [ˈplaŋk]; English: ; 23 April 1858 – 4 October 1947) was a German theoretical physicist whose discovery of energy quanta won him the Nobel Prize in Physics in 1918.Planck made many contributions to theoretical physics, but his fame as a physicist rests primarily on his role as the originator of quantum theory, which revolutionized human understanding of atomic and subatomic processes. In 1948, the German scientific institution the Kaiser ... more on Wikipedia

Max Planck IS LISTED ON

#23 of 1,357
738.6k VOTES The Greatest Minds of All Time
#440 of 753
2.3M VOTES People We Wish Were Still Alive People outside of the US are 3x more likely to vote for this
#282 of 2,443
2.3M VOTES The Most Influential People of All Time
#11 of 12
761 VOTES Facts About Historical Figures We Just Learned This Week That Made Us Say 'Really?'
#11 of 94
801 VOTES Who Is The Most Famous Max In The World?
12.1k VIEWS Famous People Named Max & Maximilian
60.8k VIEWS Every Person Who Has Been Immortalized in a Google Doodle
Famous Scientists from Germany Famous Physicists from Germany Famous Humboldt University Of Berlin Alumni Famous Ludwig Maximilian University Of Munich Alumni Famous Male Physicists