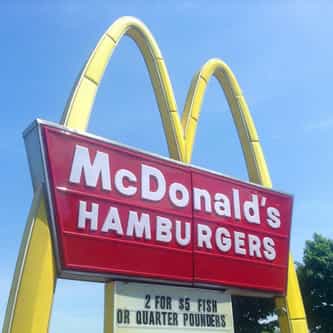 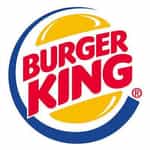 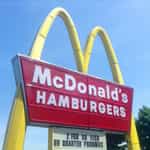 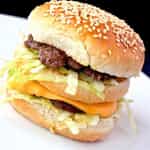 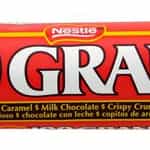 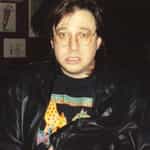 The McDonald's Corporation is the world's largest chain of hamburger fast food restaurants, serving around 68 million customers daily in 119 countries across 35,000 outlets. Headquartered in the United States, the company began in 1940 as a barbecue restaurant operated by Richard and Maurice McDonald. In 1948, they reorganized their business as a hamburger stand using production line principles. Businessman Ray Kroc joined the company as a franchise agent in 1955. He subsequently purchased ... more on Wikipedia

73.8k votes The Best Things To Eat At McDonald's

8.9k votes The Best Things To Eat For Breakfast At McDonald's

13.9k readers McDonaldland Is A Fast Food Fever Dream With More Convoluted Characters Than The MCU

7.7k votes McDonald's Happy Meal Toys You Threw Away That Are Worth An Insane Amount Of Money Today

1.5k votes 15 Of The Most Unusual McDonald's Locations From Around The World

38.8k readers The Rise And Fall Of The Arch Deluxe, McDonald's Most Ambitious Failure

5.7k votes 26 McDonald's Happy Meal Toys From the '90s You Completely Forgot About Until Now

24.9k readers Why Does Coke At McDonald's Taste So Different?

365.3k readers If You Scoffed At This McDonald’s Hot Coffee Lawsuit, You’re Completely Wrong And Need To Know It

11.6k readers Who Was Mac Tonight, The Piano-Playing Moon Man Who Got McDonald’s Sued?

19.1k readers McDonald's Employees Reveal The Worst Things To Go Down In The Playground

376.8k readers Celebrities Who Once Worked at McDonald's

472.5k readers The 16 Most Violent Things That Have Happened at McDonald's

1.3k votes The Most Delicious McCafé Drinks At McDonald’s

McDonald's IS LISTED ON