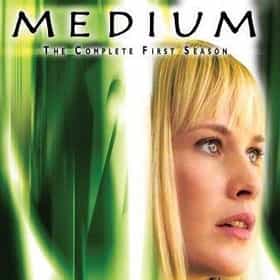 Medium is an American television drama series that premiered on NBC on January 3, 2005, ending its run on that network on June 1, 2009. The series then moved to CBS on September 25, 2009, airing its final episode overall on January 21, 2011. Themed on supernatural gifts, its lead character, Allison DuBois, is a medium employed as a consultant for the Phoenix, Arizona district attorney's office. Allison and her husband Joe are the parents of three daughters, all of whom inherited Allison's gift. ... more on Wikipedia

Medium is ranked on...

Medium is also found on...