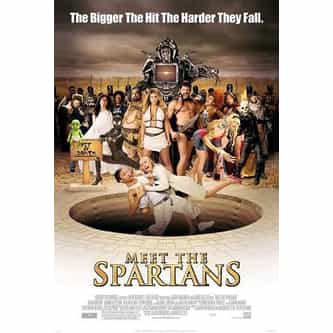 Meet the Spartans is a 2008 American parody film directed by Jason Friedberg and Aaron Seltzer. Similar to past movies, such as Scary Movie, Date Movie, and Epic Movie, it directs parodies at various films. Although it references many films, TV shows, people and pop cultural events, it focuses mainly on the 2007 film 300. It opened #1 in the US box office, despite receiving overwhelmingly negative reviews. The film stars Sean Maguire, Carmen Electra and Kevin Sorbo as The Captain. ... more on Wikipedia

Meet the Spartans IS LISTED ON