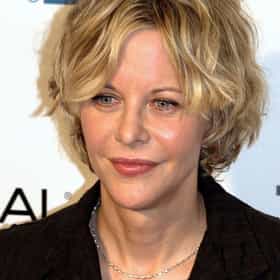 Meg Ryan (born Margaret Mary Emily Hyra; November 19, 1961) is an American actress and producer. Ryan began her acting career in 1981 in minor roles before joining the cast of the CBS soap opera As the World Turns in 1982. Subsequently, she began to appear in supporting roles in films during the mid 1980s like box office hit Top Gun, achieving recognition in independent films such as Promised Land (1988) before her performance in the Rob Reiner-directed romantic comedy When Harry Met Sally... (1989) brought her widespread attention and her first Golden Globe nomination. Ryan subsequently established herself, both nationally and internationally, as one of the most successful actresses ... more on Wikipedia

Meg Ryan is ranked on...

Meg Ryan is also found on...