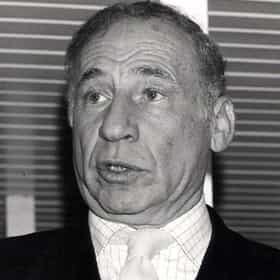 Mel Brooks (born Melvin Kaminsky, Yiddish: מעלווין קאמינסקי‎; June 28, 1926) is an American filmmaker, actor, comedian, and composer. He is known as a creator of broad film farces and comedic parodies. Brooks began his career as a comic and a writer for the early TV variety show Your Show of Shows. Together with Carl Reiner, he created the comic character The 2000 Year Old Man. He wrote, with Buck Henry, the hit television comedy series Get Smart, which ran from 1965 to 1970. In middle age, Brooks became one of the most successful film directors of the 1970s, with many of his films being among the top 10 moneymakers of the year they were released. His best-known films include The ... more on Wikipedia

Mel Brooks is ranked on...

Mel Brooks is also found on...