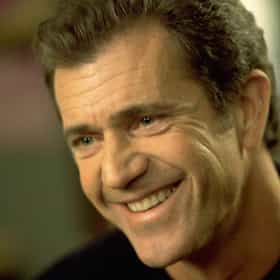 Mel Colmcille Gerard Gibson (born January 3, 1956) is an American actor and filmmaker. He is best known for his action hero roles, particularly his breakout role as Max Rockatansky in the first three films of the post-apocalyptic action series Mad Max and as Martin Riggs in the buddy cop film series Lethal Weapon. Born in Peekskill, New York, Gibson moved with his parents to Sydney, Australia when he was 12 years old. He studied acting at the National Institute of Dramatic Art, where he starred opposite Judy Davis in a production of Romeo and Juliet. During the 1980s, he founded Icon Entertainment, a production company, which independent film director Atom Egoyan has called "an ... more on Wikipedia

Mel Gibson is ranked on...

Mel Gibson is also found on...