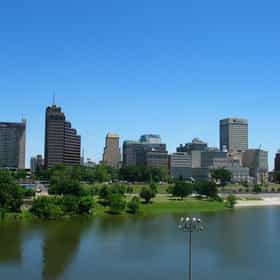 Memphis is a city in the southwestern corner of the State of Tennessee and the county seat of Shelby County. The city is located on the fourth Chickasaw Bluff, south of the confluence of the Wolf and Mississippi rivers. Memphis had a population of 653,450 in 2013, making it the largest city in the state of Tennessee, the largest city on the Mississippi River, the third largest in the greater Southeastern United States, and the 20th largest in the United States. The greater Memphis metropolitan area, including adjacent counties in Mississippi and Arkansas, had a 2010 population of 1,316,100. This makes Memphis the second-largest metropolitan area in Tennessee, surpassed only by ... more on Wikipedia

Memphis is ranked on...

Memphis is also found on...