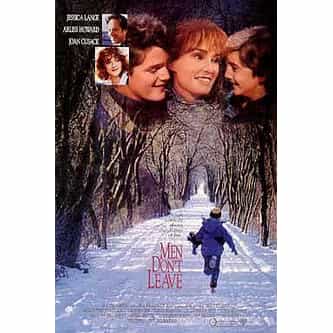 Men Don't Leave is a 1990 comedy-drama film that stars Jessica Lange as a housewife who, after the death of her husband, moves with her two sons to Baltimore. Chris O'Donnell, Joan Cusack, and Kathy Bates also co-star in this film. The film, directed by Paul Brickman and co-written with Barbara Benedek, is a remake of the French film La Vie Continue. The original music score was composed by Thomas Newman. Warner Brothers released the film on DVD for the first time on September 15, 2009, as ... more on Wikipedia

Men Don't Leave IS LISTED ON