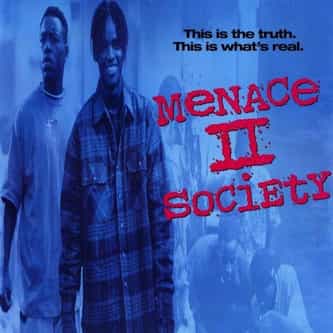 Tagline
This is the truth. This is what's real.

Menace II Society is a 1993 drama/hood film and the directorial debut of twin brothers Allen and Albert Hughes. Set in South Central Los Angeles, the film follows the life of a hoodlum named Caine Lawson and his close friends. It gained notoriety for its scenes of violence, profanity. It was released in May 1993 to critical acclaim for its gritty portrayal of urban violence and its powerful underlying messages. ... more on Wikipedia

Menace II Society IS LISTED ON