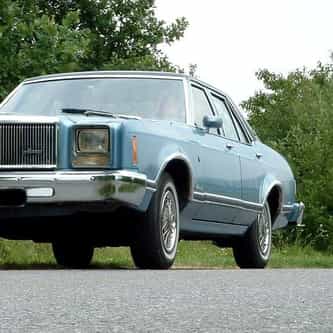 The Mercury Monarch is a compact automobile which was manufactured by the Ford Motor Company; it was sold by the Lincoln-Mercury division from 1975 to 1980. Released in model year 1975 alongside the Ford Granada; the cars, which were badge-engineered, were identical save for the grille, taillights and some interior and exterior trim. A total of 575,567 Monarchs were produced during this time period. For 1981, the Granada was replaced with a smaller version based on Ford's Fox platform, and ... more on Wikipedia