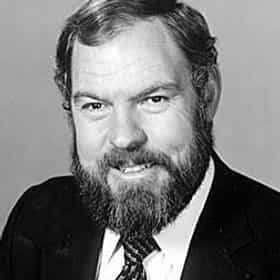 Merlin Jay Olsen (; September 15, 1940 – March 11, 2010) was an American football player, announcer, and actor. He played his entire 15-year professional football career in National Football League (NFL) as a defensive tackle with the Los Angeles Rams. He was selected to the Pro Bowl a record 14 straight times, missing selection only in the last year of his career. This record of 14 seasons selected to play in the Pro Bowl, consecutive or otherwise, is shared with current New England Patriots quarterback Tom Brady, former offensive lineman Bruce Matthews, former tight end Tony Gonzalez, and former quarterback Peyton Manning. A recipient of the 1961 Outland Trophy as the best lineman in ... more on Wikipedia

Merlin Olsen is ranked on...

#131 of 1,536 The Best Football Players Ever 1M VOTES One of the hot topics of debate not only among NFL fans but pundits as well is who is the best football player of all time. ...
#25 of 95 The Greatest Defensive Ends of All Time 55.3k VOTES When it comes to striking fear into an opposing offense, having a great defensive end can be a game changer. A lightning qui...
#18 of 28 The Best NFL Players With The Most Pro Bowl Appearances 1.8k VOTES Are you ready for some football? Here is a list of football players that have been selected for the Pro Bowl at least 11 tim...
#7 of 108 The Best Los Angeles Rams of All Time 31.4k VOTES A list of the best St. Louis Rams of all time. The Rams have one of the longest legacies in professional football. Beginning...
#2 of 20 The Best NFL Players From Utah 169 VOTES Here’s a list of the best NFL players from Utah. Steve Young and Merlin Olsen are two of the best NFL players of all ti...

Merlin Olsen is also found on...

phil jackson nationality, superheroes with beards, how to call upon the goddess, quarterbacks of the 2000s, australian indie bands, facts about pompeii, bears quarterbacks history, cruel kings in history, notre dame basketball all americans, rookie of the year 2014