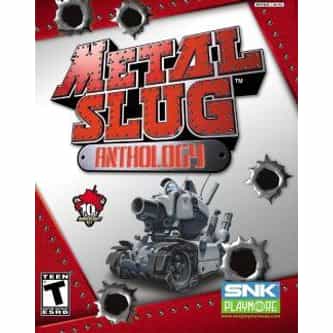 Metal Slug Anthology is a video game compilation for the PlayStation 2, PlayStation Portable and the Wii. The Wii version boasts different controller configurations, most taking advantage of the Wii Remote, but the Classic Controller is not supported. The game also marks the return of SNK Playmore as a third-party developer for a Nintendo console since the SNES era. The graphics are virtually the same as the original versions released on arcade. The only major change is that all games now ... more on Wikipedia

Metal Slug Anthology IS LISTED ON