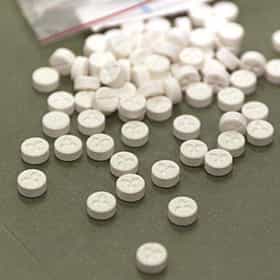 MDMA is a psychoactive drug of the substituted methylenedioxyphenethylamine and substituted amphetamine classes of drugs that is consumed primarily for its euphoric and empathogenic effects. Pharmacologically, MDMA acts as a serotonin-norepinephrine-dopamine releasing agent and reuptake inhibitor. MDMA has become widely known as "ecstasy", usually referring to its tablet street form, although this term may also include the presence of possible adulterants. The UK term "Mandy" and the US term "Molly" colloquially refer to MDMA in a crystalline powder form that is relatively free of adulterants. "Molly" can sometimes also refer to the related drugs ... more on Wikipedia