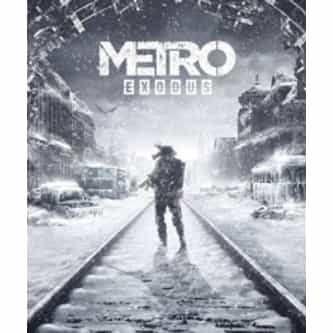 Metro Exodus is a first-person shooter video game developed by a Ukrainian Malta-based studio 4A Games and published by Deep Silver. It is the third installment in the Metro video game series based on Dmitry Glukhovsky's novels. It is set to follow the events of Metro 2033 and Metro: Last Light. Metro Exodus is a first-person shooter game with survival horror and stealth elements. Set in the post-apocalyptic wasteland of the former Russian Federation, the player must cope with the new ... more on Wikipedia

Metro Exodus IS LISTED ON