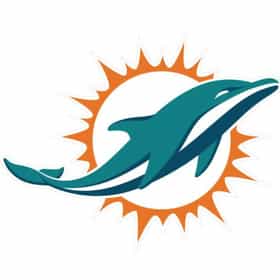 The Miami Dolphins are a professional American football team based in the Miami metropolitan area. The Dolphins compete in the National Football League (NFL) as a member club of the league's American Football Conference (AFC) East division. The Dolphins play their home games at Hard Rock Stadium in the northern suburb of Miami Gardens, Florida, and are headquartered in Davie, Florida. The Dolphins are Florida's oldest professional sports team. Of the four AFC East teams, they are the only team in the division that was not a charter member of the American Football League (AFL). The Dolphins were founded by attorney-politician Joe Robbie and actor-comedian Danny Thomas. They began play ... more on Wikipedia

Miami Dolphins is ranked on...